How To Detect A Water Leak Under Concrete? 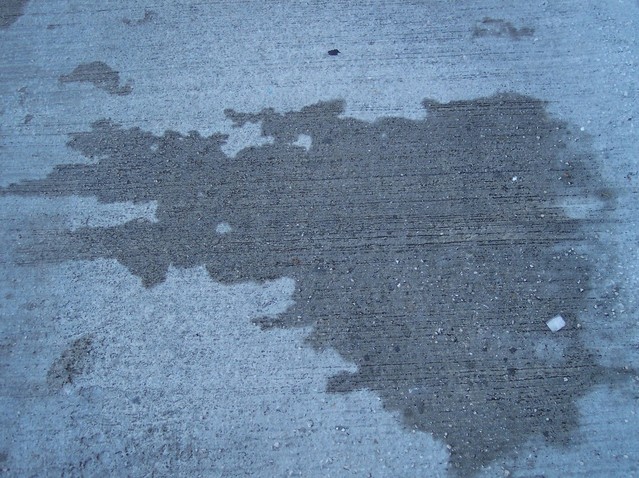 You might be familiar with The Simpsons since, after all, it’s only been on the air for 25 years. In the 24th season episode Adventures in Baby-Getting, Marge Simpson attempts to get Homer to fix a leaky faucet in the backyard. Homer, everyone’s favorite alcoholic animated TV dad, neglects to do this for several years, during which time none of them age, and eventually, the water from the faucet leaches through the concrete and down into the earth, where it creates a sinkhole that consumes a huge chunk of the town.

While this type of concrete damage is an unlikely scenario, and so is the terrifying prospect of being swallowed by a sinkhole that suddenly elops in your own home, concrete damage is an all too common occurrence. So what are the danger signs? And how can it be repaired, or better yet, stopped before it can even begin?

Concrete isn’t as solid as you might think. It contains thousands, if not hundreds of thousands of tiny imperfections, most notably pores that can allow outside substances to enter. In the majority of instances, it’s simple water that makes its way into the concrete, breaking it up from the inside. It’s far more of an issue for those who are lucky enough to live close to the ocean since saltwater is far more corrosive to concrete than plain old simple water.

Maybe Leave It to the Professionals?

While some of us might think of ourselves as masters of home improvement, laying concrete is probably something that should be left to the experts. Most times, poor quality installation, from the mixing of the concrete, to actually pouring it into place, is to blame for concrete that’s too susceptible to damage, and is more likely to let the water in.

Fix-It Before It’s Too Late

While concrete degradation is a slow process, by the time you really notice it, a repair can be a difficult and expensive process. But how to detect a water leak under concrete? If the concrete is already at the point of breaking up, then it might be time to say goodbye, and resign yourself to the fact that it will need to be replaced. The trick is to look for the warning signs before it gets to this stage. Sometimes, as in the fictional scenario faced by The Simpsons, the water damage culprit can be located quite easily, if there’s a leaking faucet or any other kind of water source that leaks onto or around the concrete outside your home. Most of the time, it’s not so obvious. If you do have a leaking faucet outside, it’s a really good idea to fix it as soon as possible.

Other Signs to Look For

It’s not only the concrete paths and patios that you need to look for since many homes have concrete-walled basements. Water stains that run downwards from the basement ceiling require the services of a professional plumber who can easily detect a water leak under concrete, or above it, as the case might be. Also, look out for small imperfections that grow larger. These rough patches are just the surface and might mean there’s more cracking underneath, which has allowed water inside.

While it can be tempting to do a simple patch job over water-damaged concrete, this is simply covering the problem, and it will inevitably re-emerge before too long. Sometimes portions of the concrete need to be replaced, rather than the whole lot, but this is only a viable option if the source of the water damage is located and neutralized. Once again, try to avoid repairing the concrete yourself unless you’re highly experienced since improper installation has probably caused the issue in the first place.

There’s no conclusive, exhaustive way to detect water leaks under concrete since the nature and severity of the leak can vary greatly from case to case. It’s important to ensure that your faucets are in top-notch shape and aren’t leaking water into the ground or other places where it’s not helpful. That’s bad for the overall environment, as well as your most precious environment- your home. While your leaky faucets are unlikely to cause a sinkhole that makes much of your hometown fall down, they could cause a few issues for your concrete. So when your spouse asks you to fix that leak, you really ought to go ahead and do it!